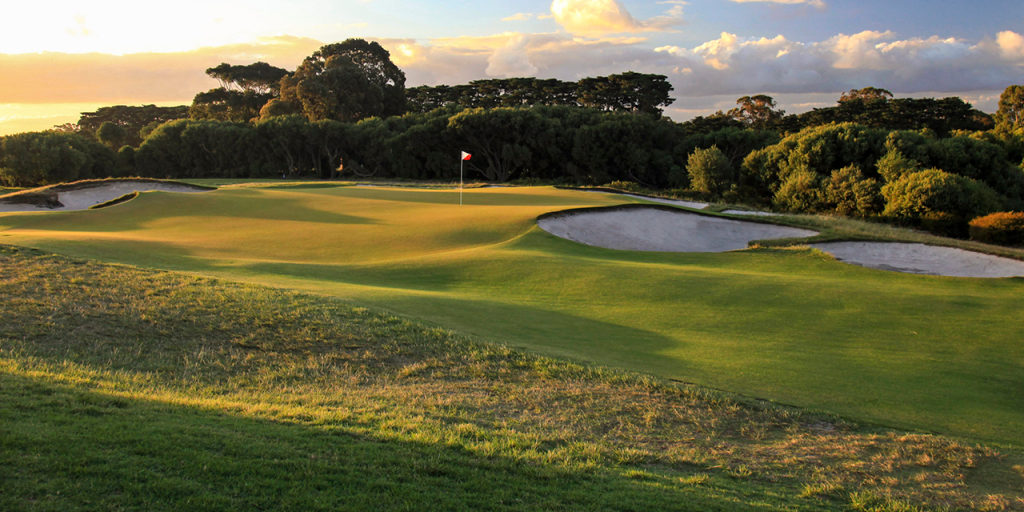 Golfweek’s Jay Blasi interviewed Michael Clayton, who is an Australian golf course designer, former player and caddie, about his impressions of Royal Melbourne. The club will host the Presidents Cup for the third time.

The course for the 2019 Presidents Cup is an amalgamation (12 holes from the West Course and six from the East).

Blasi: What makes a good match play hole or course from the perspective of the pro or top player?

Clayton: The key to match play is to pressure your opponent into thinking you are not going to make a mistake.The best courses – and Royal Melbourne is undoubtedly one – demand clear thinking and it’s not obvious where you should play. Alister MacKenzie loved The Old Course and he understood how to manufacture its perplexing choices onto wildly different looking sites including Augusta and Royal Melbourne. There is always temptation at Royal Melbourne, but the speed of the greens and the reality members never have to repair a pitch mark (because the greens are so hard and not because they are lazy!) makes firing straight at flags fraught with danger, but nonetheless tempting especially with a short iron.

Blasi: What makes a good match play hole or course from the perspective of  a top caddie?

Clayton: It’s a great course – full of brilliant holes. What makes the golf so interesting is despite the width of the fairway, the greens make it so hard to get close to the hole, especially when it’s windy and it usually is.
Unlike courses with softer greens you must land the ball in one place to have it finish in another, and the shot has to be hit on the right trajectory, with the right shape and spin and land in the perfect spot. Otherwise it’s going to finish far from the hole.

Blasi: Are there a few holes at Royal Melbourne that you think will be great match play holes? Can you explain why?

Clayton: 10 west, which will be 6 on the Presidents Cup Course, is the great short (285 yards) par 4 up and around the hill. It’s drivable but only into the wind. Downwind it’s almost impossible to keep the ball on the green and long is no good at all. It’s either a safe long iron to the right and a pitch or a driver or 3-wood straight at the green.

Blasi: What are some courses that you feel might make great match play venues?

Clayton: Augusta would be an amazing match play course, as witnessed by the great Masters which have turned into match play. Pinehurst is very much like Sandbelt golf with lots of short grass options around the greens. St. Andrew’s, even though it was stroke match play, there were some good ones in the old Dunhill Cup. North Berwick – with old equipment! Winged Foot,  which I haven’t seen, but those last four brutal finishing holes have uncovered a lot of nerves over the years and lead to some brilliant shots and finishes. NGLA (National Golf Links of America) would be fascinating because it asks so many great questions. Wentworth had many great matches over the years of the world match play, and those last 2 par 5s were a big part of it.